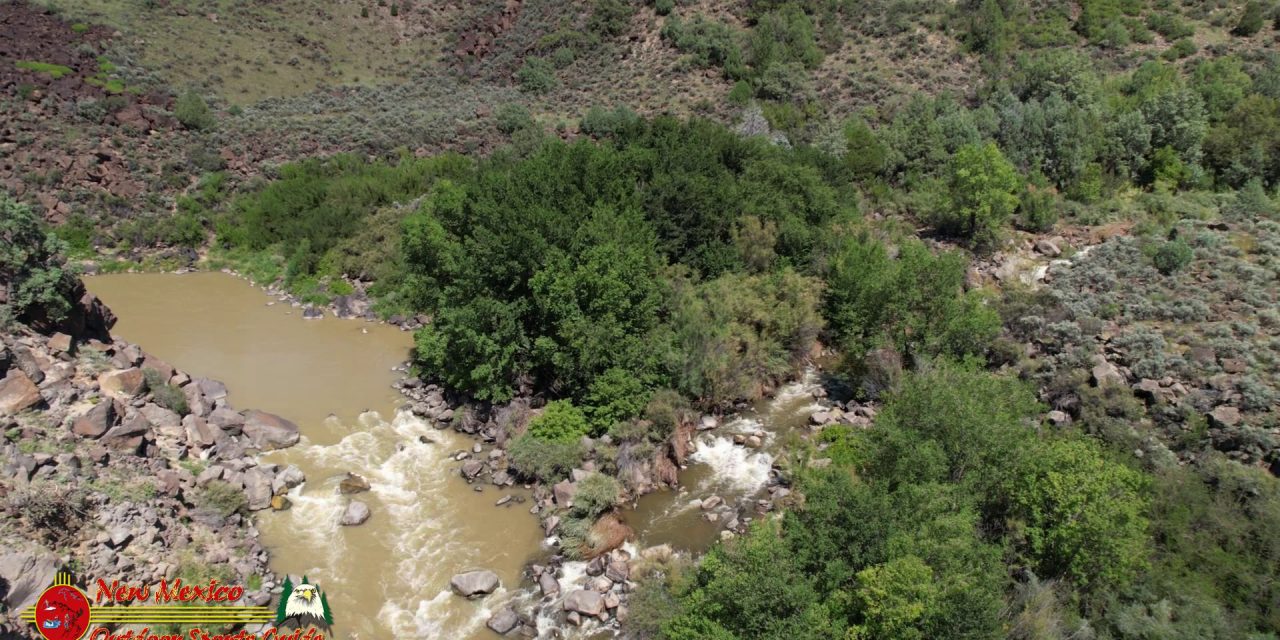 The Rio Grande’s normally clear to emerald green waters are mudied by monsoon runoff the day this video was shot August 25, 2022.

The Rio Pueblo de Taos, also known as Rio Pueblo, is a stream in Taos County, New Mexico, United States, that a tributary of the Rio Grande. From its source in the Sangre de Cristo Mountains it flows about 33 miles, generally south and west, to join the Rio Grande in the Rio Grande Gorge.

Gentle waters with occasional small rapids flow through Orilla Verde, providing an ideal setting for many recreational activities. Because of the dramatic changes in elevation and the diversity of plant life, Orilla Verde draws many species of animals, including raptors (such as eagles and hawks), songbirds, waterfowl, beaver, cougar, ringtail, mule deer, and more. The Rio Grande also has attracted humans since prehistoric times. Evidence of ancient peoples is found throughout the Recreation Area in the form of petroglyphs on the rocks and many other types of archaeological sites.

The Rio Grande Gorge is a geological feature in northern New Mexico where the watercourse of the Rio Grande follows a tectonic chasm. Beginning near the Colorado border, the approximately 50-mile gorge runs from northwest to southwest of Taos, New Mexico, through the basalt flows of the Taos Plateau volcanic field.

This river of many names, or at least the section that runs through northern New Mexico, is not a typical river that has carved out its own valley. Rather, the valley appeared first and the river followed. This ‘rift valley’ is a separation in the earth’s crust caused by faulting and other earth movements when the North American and Pacific plates scraped against each other some twenty-nine million years ago.

Spanish conquistadores discovered the mouth of the Rio Grande River in 1519. In the next 100 years, they founded some of the earliest North American settlements along its banks.

In 1968, the Rio Grande was among the first eight rivers the US Congress designated into the National Wild and Scenic Rivers System to protect outstanding resources values. The Wild and Scenic River flows through the Rio Grande Gorge Recreation Area. The recreation areas include the Wild Rivers area in the north and the Orialla Verde area in the south,[8] which provide hiking, boating, fishing and camping facilities.

Whitewater rafting on the Rio Grande is the most fun and important outdoor activity to be enjoyed in Northern New Mexico during the spring and summer months. There are few other rivers that have the historical importance as the Rio Grande and also contain incredible whitewater that can be accessed in a single day.

The Rio Grande and its tributaries offer slow running waters, excellent for fly fishing as well as with lures. Many of the river’s smaller tributaries offer stream sized fish, and are abundant with aquatic life like cutthroat and rainbow trout.

From the Colorado border to below Taos, there are over 30 miles of good water to choose from on the Rio Grande.

When the Rio is “on” it is fantastic!! At other times it is known locally as a “stingy river.” Thunderstorm activity and irrigation upstream make summer on the Rio unpredictable. From mid September through October flows reach their natural level and water clarity improves. Fish are very active and accessible during this period. Fish dry flies in pocket water and nymphs in deeper runs. Best fishing here is in the upper gorge, above the confluence with the Red River, a one mile hike into the 800 vertical foot gorge. Fish here are mostly Browns with some good size Cuttbows in the deeper runs.

The spring Caddis hatch is an annual event that begins in mid-April in the Pilar area and progresses slowly upstream. April is also the start of spring run-off and in most years the two events are simultaneous. In years when the run-off is late due to cooler than normal weather, or when lack of high mountain snow pack makes for minimal runoff, some excellent dry fly fishing can be had.

Besides the spring Caddis hatch, the Rio Grande is very unpredictable. When flows normalize in mid-September (300 to 400cfs at the New Mexico – Colorado State line) through October the fishing in “The Box” can be excellent. Browns love the shallow pockets and can be taken on large dries, Caddis and Stones. In deeper runs, a large peacock bodied nymph fished through the deepest spots often yield large Cuttbows.

Rio Grande, Spanish Río Grande del Norte, or (in Mexico) Río Bravo, or Río Bravo del Norte, fifth longest river of North America, and the 20th longest in the world, flows through the state of New Mexico then forming the border between the U.S. state of Texas and Mexico. Rising as a clear, snow-fed mountain stream more than 12,000 feet above sea level in the Colorado Rocky Mountains, the Rio Grande descends across steppes and deserts, watering rich agricultural regions as it flows on its way to the Gulf of Mexico at Brownsville, Texas. The total length of the river is about 1,900 miles. 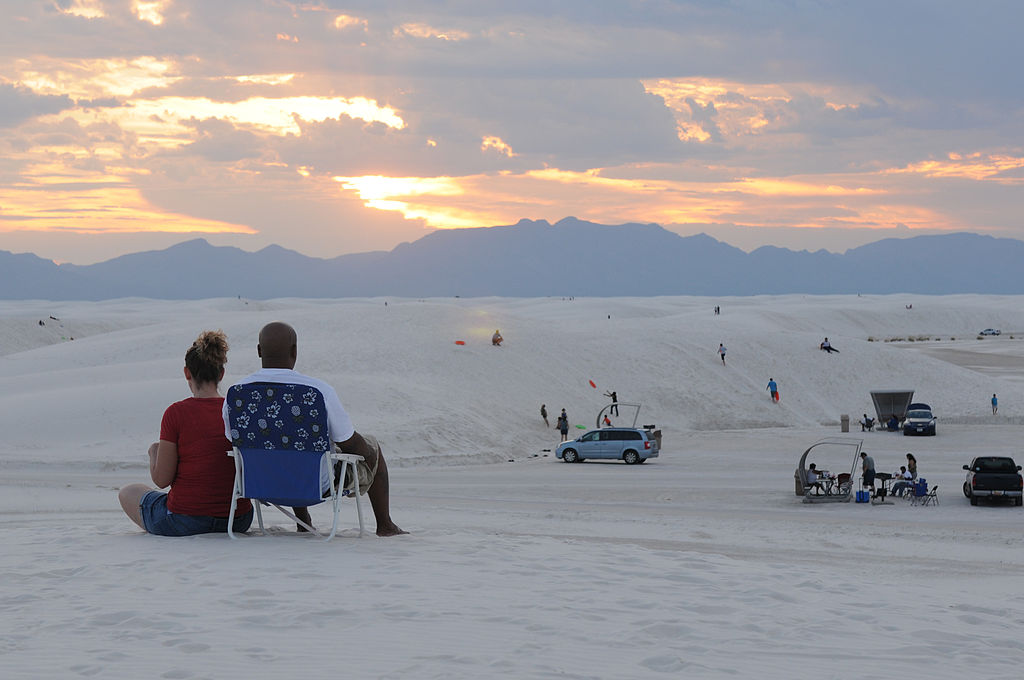 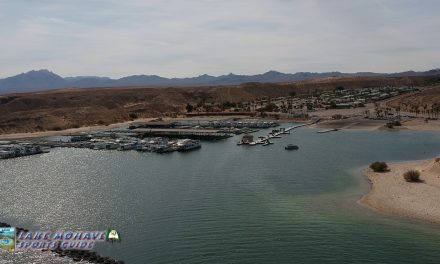