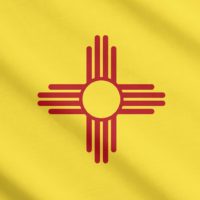 While the New Mexico Legislature will not convene for its 60-day Regular Session until January 15, lawmakers can start prefiling bills on December 17. You will see unprecedented attacks on your Second Amendment rights from the word go. Your NRA-ILA will alert you to bill numbers and provide links to the content of legislation as it becomes available. But in the meantime, we want to share with you what we already know is coming.

Expect anti-gun politicians to introduce a slew of so-called “common-sense gun measures” — a misleading phrase that gun control activists use in hopes that the public and the media will avoid questioning the bills’ enforceability, efficacy, intrusiveness or necessity.

The gun control crowd plans to resurrect “universal” background check bills similar to those which legislators rejected in 2017. These measures would ban all private firearms sales between law-abiding individuals. Gun owners will be forced to pay undetermined fees and obtain government approval before selling firearms to family members, friends, neighbors and co-workers, or fellow hunters, competitive shooters and gun club members. Such proposals will have no impact on crime and are unenforceable without gun registration.

“Extreme risk protective order” or “red flag” legislation touted by gun control advocates would authorize the seizure of firearms and ammunition from individuals without due process. Unchallenged statements made by a petitioner before a judge, alleging that someone is a danger to themselves or others in an ex parte proceeding — prior to any formal court hearing at which the respondent can be represented by counsel and present counter evidence — would be sufficient for law enforcement to enter that person’s home and confiscate their private property.

Another expected proposal would make gun owners liable if a child gains access to an unsecured firearm. New Mexico already has a felony child abuse statute on the books to hold adults accountable for putting children’s lives or health at risk in any manner. The tools exist to charge and prosecute parents or guardians in appropriate cases. Education is the key to protecting gun owners and their kids, not a one-size-fits-all mandate on how one stores a firearm in his or her home.

If anti-gun organizations and anti-gun politicians make progress on these agenda items, you can expect bans on semi-automatic firearms and restrictions on magazine capacity to be next!

Don’t sit idly by and watch your freedoms disappear. Sign up as an NRA Frontlines volunteer and get at least three fellow gun owners to also sign up to receive timely legislative alerts on firearm-related bills during this upcoming session. Make plans to attend committee hearings on these bills at the Roundhouse when NRA-ILA notifies you of the place and location. And contact your state lawmakers before and during session urging them to OPPOSE these measures.

A new governor and a large number of freshman State House members won’t be sworn in or have contact information at the Roundhouse until next month. The make-up of the State Senate basically remains the same. Please contact your State Senators and urge them to OPPOSE bills that ban private gun sales between law-abiding individuals, OPPOSE red flag legislation that allows for the confiscation of firearms without due process and to OPPOSE proposals that mandate how you must store firearms in the home.